If you would have asked me about Mole before this episode of The Chew, all I could have told you was that it’s “that Mexican dish made with chocolate.” But thanks to Michael Symon, I as well as everyone else, now know that it’s definitely a lot more than that! Michael was in Walt Disney World in Orlando, Florida for the International Food and Wine Festival with his Chew co-hosts and they dedicated an entire episode to Magical Meals in Minutes! I know, I probably got your attention once again as you thought “there’s no way you can make Mole in minutes, but just read and learn! Michael’s Braised Chicken Mole is truly a masterpiece, and yes, he did put it together in no time at all! 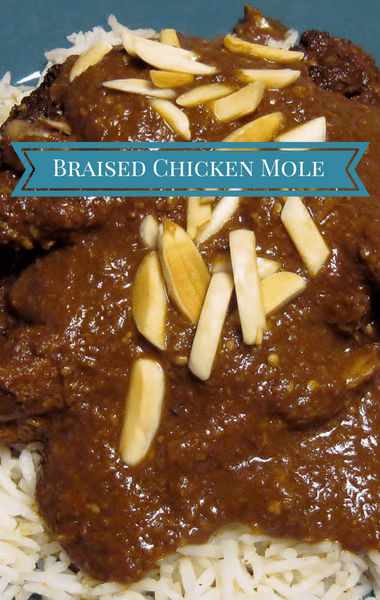 Michael Symon’s Braised Chicken Mole truly is a magical meal and now you can prepare it yourself at home! ([email protected] / Flickr)

For the Spicy Marinated Onions:

For the Spicy Marinated Onions: