Actor Clark Gregg, husband of actress Jennifer Grey and father to a 14-year-old daughter, joined The Chew to immediate scrutiny at the hands of Clinton Kelly. No, he wasn’t criticized for his acting, but instead for his Lip Sync Battle performance in which he sang Britney Spears’ “Toxic.” Once they got all the jokes aside, Clinton enlisted Clark’s help to make incredible Cheese Puffs with French Onion Dip. Clark admitted that is wife is such a foodie that he rarely gets to help in the kitchen, so he was thrilled to be able to take part in the preparation of these fun treats!

Go ahead, treat yourself! Click next page to get the recipe for these puffs! 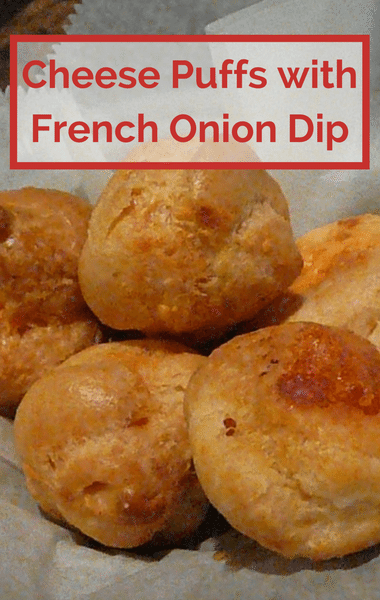 Clinton Kelly’s Cheese Puffs with French Onion Dip are the perfect fancy appetizer or snack, without a whole lot of effort! (aon / Flickr)

For the Cheese Puffs:

For the French Onion Dip:

For the Cheese Puffs:

For the French Onion Dip: