The Chew: Chicory Soup With An Egg

Mario Batali was excited to share  recipe for one of his favorite cheap and simple soups. His Italian Chicory Soup with an Egg costs less than $3 and is loaded enough to keep you full and satisfied. Mario made a point while cooking that it may seem like you’re adding quite a bit of salt to the soup, but because that’s really the only source of seasoning, you need a good amount. Especially given how much water you’re using. You certainly don’t want to under-season your soup! Perhaps the best part of this soup is cracking open that egg and letting the yolk ooze into the rest of your soup!

To get this cheap and comforting recipe, click next page.

The Chew: Chicory Soup With An Egg Recipe Ingredients 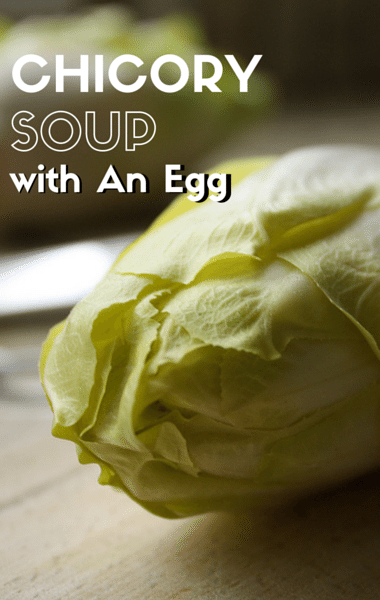 Mario Batali prepared an Italian recipe for Chicory Soup with an Egg that provided just the amount of warm comfort you’re likely looking for in a healthy bowl of soup. (mavadam / Flickr)

The Chew: Chicory Soup With An Egg Recipe Directions

For the Fried Eggs: