Clinton Kelly loves the hit series Fear the Walking Dead, so he was thrilled to welcome one of its stars, Mercedes Mason. Because Mercedes spent a big portion of her life in Sweden, she loves to talk about some of the unique things she used to eat, including bitter powdered licorice. She didn’t seem too confident with her cooking skills, although she said her husband of one year seems to be okay eating whatever she cooks! Clinton put her cooking skills to use to make a chilled Cucumber Almond Soup that makes for a quick and refreshing meal. 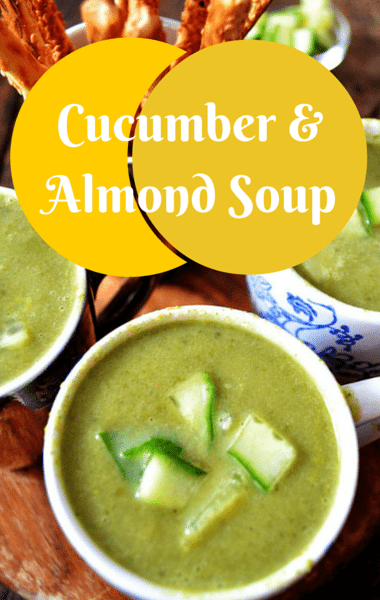 For the Cucumber Almond Soup: