Guest co-host of The Chew for the day, Gloria Estefan, was excited to bring the flavors of Miami to the set. She first advised Michael Symon to take a sip of what was arguably the star of her recipe: guava marmalade. Her Cuban French Toast just might become your new favorite way to start your day! The unique flavors of guava really take this dish over the top. Whether you’re a fan of breakfast or not, it’s hard to deny the deliciousness of caramelized, sweet warm French toast with a sticky, sweet sauce. Go ahead and get a little crazy and make this dish for dinner! 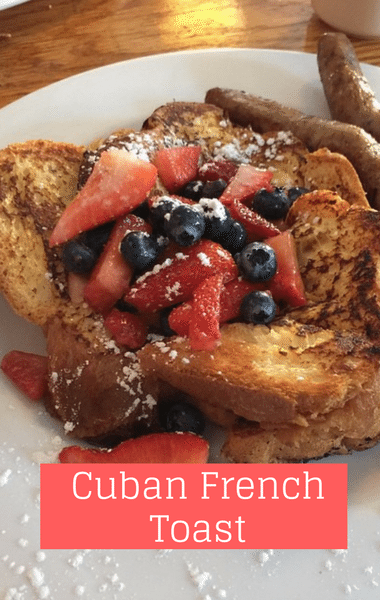