Clinton Kelly took a trip to Brooklyn to visit Butter and Scotch, where they combine the best cocktails and desserts to make the most incredible treats you could ever imagine! They craft American desserts with a twist, allowing people to connect with their childhood in a very adults-only way. Clinton got to taste-test some of their best pairings, including champagne with birthday cake and vodka with a hot fudge sundae. Clinton was absolutely blown away by the deliciousness of their treats! Because of his trip and the amount of recipes inspired by the owners’ grandparents, he wanted to share a recipe for a cocktail inspired by his own grandmother! His Kiwi Vodka Soda is a refreshing way to take the edge off!

To make your own Grandma’s Kiwi Vodka Soda, click next page. 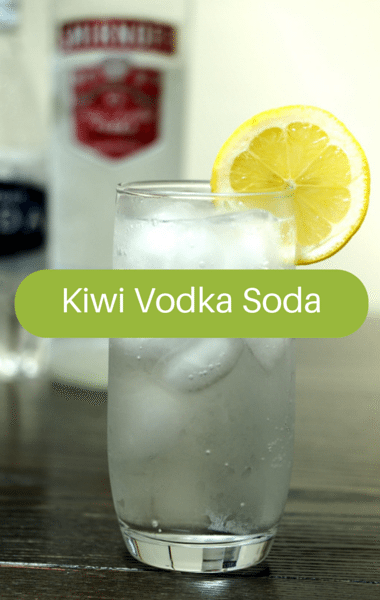 Clinton Kelly was inspired by a trip to a Brooklyn bar to make a cocktail like his grandmother used to! This Kiwi Vodka Soda is a delight! (uka0310 / Flickr)

For the Mint Simple Syrup:

For the Vodka Soda:

For the Mint Simple Syrup:

For the Vodka Soda: