While celebrating Triple Threat Tuesday, Carla Hall wanted to highlight a restaurant that’s a triple threat of it’s own. It provides delicious food, incredible service, and a staff that will put a smile on your face. Harvest Cafe is a restaurant that serves food while providing services to those with developmental disabilities. Carla was then inspired by the restaurant to make a Kale Caesar Salad with Grilled Parmesan Crostini, hoping it would be good enough to serve at their restaurant. She then surprised the woman behind the restaurant with a Panini press and blender to use for their dishes.

You can make Carla’s salad at home! Just click next page to get the recipe. 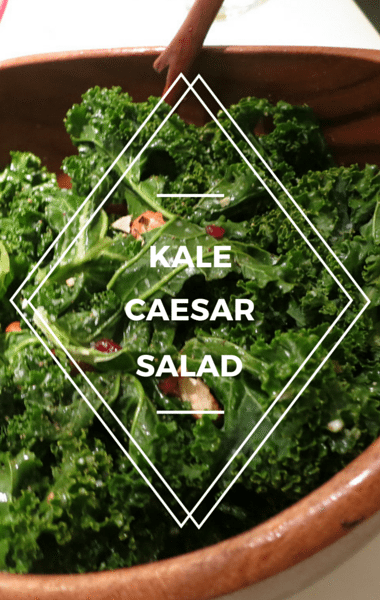 Carla Hall was inspired by a unique restaurant to make a Kale Caesar Salad with Grilled Parmesan Crostini. (arvindgrover / Flickr)

For the Grilled Parmesan Crostini:

For the Oven-Roasted Tomatoes:

For the Grilled Parmesan Crostini:

For the Oven-Roasted Tomatoes: