Michael Symon was thrilled to welcome the author of “Food Lab” Kenji Lopez-Alt. Michael went as far as to say that if he ever tells someone to go out and buy one cookbook in particular, it’s Kenji’s. He has found an incredible way to combine science and food, and it’s no surprise that he’s been nominated for a James Beard award. Kenji wanted to have Michael help him make some waffles, that he uses a premade pancake mix for. Before you judge, his premade pancake mix is homemade! He transformed that mix into Maple Bacon Waffles. Surprisingly, it’s like maple and bacon are two flavors that are just meant to go together!

To get the recipe for this delicious breakfast, click next page. 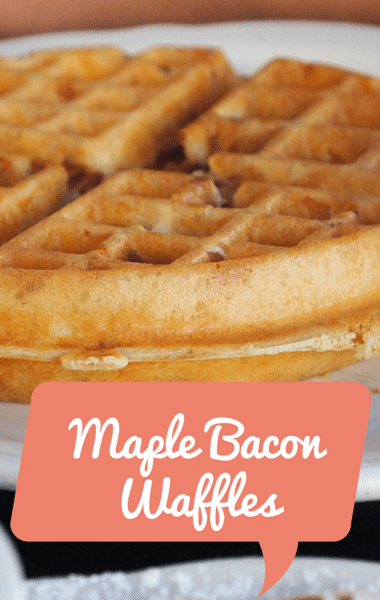 For the Basic Dry Pancake Mix:

For the Basic Dry Pancake Mix: