One of the stars of How to Get Away with Murder Charlie Weber, joined Carla Hall in the kitchen to talk about his love of food and brunch. He admitted that he typically likes to sleep in but loves to fry up eggs in bacon fat. He and his daughter enjoy bacon and eggs, but clearly, because of his figure, he doesn’t eat too much bacon! Thankfully, Carla Hall asked for his help in making a healthy Spinach and Ham Frittata, because he admitted he wanted to learn how to make a frittata. This delicious meal can be put together in minutes and makes for a great way to start your day! 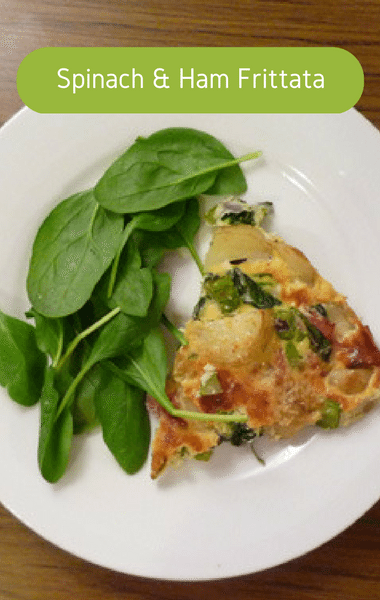 Actor Charlie Weber learned how to make a frittata with the help of Carla Hall, as they prepared a Spinach and Ham version for brunch! (carolbaby / Flickr)