The hosts of The Chew were discussing recipes or items that they would want to “put into the vault” if they had the opportunity, as well as ones they wish they could take out. For example, Michael Symon was so embarrassed by a suit he wore in high school, he wished he could put all evidence of that wardrobe mishap into the vault, never to be seen again. But for Clinton Kelly, the one recipe he wanted to take out of the vault was Tapioca Pudding, but of course, he couldn’t just serve it up by itself in a bowl! He prepared a Tapioca Pudding Parfait as an after-dinner delight he could be proud of! 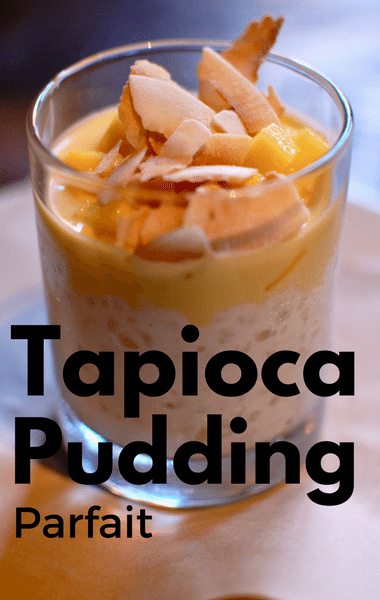 Clinton Kelly’s Tapioca Pudding Parfait is a great unique treat to make as an after-dinner dessert, especially with the addition of fresh fruit. (simmsrestaurants / Flickr)