Curtis Stone was Rachael Ray’s guest co-host, and he brought a dish to share. Dried Porcini Mushrooms are the key ingredient for the braising in this recipe for Porcini-Braised Beef with Horseradish Mascarpone.

You can also use dried porcinis mixed with salt as a steak seasoning. “You really get a lot of bang for your buck when you use dried mushrooms,” Rachael said.

As for the meat, you can use a tougher cut to save some money. That’s because braising is such a slow cooking method that it will eventually break down tough meat. “There’s way more flavor development,” Stone said of tougher meat cuts. 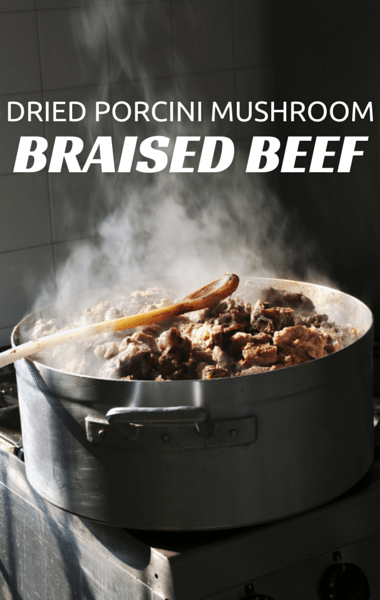