Chef David LeFevre was back at The Talk to share a fun picnic menu with the ladies. He made a Ribeye Steak with Creamy Horseradish Sauce. For dessert, don’t forget to save his dessert, The Arthur J Strawberry Shortcake.

Last time he visited, LeFevre prepared Ricotta Stuffed Cinnamon French Toast and a Pushing Daisies cocktail. Which of these recipes looks best to you? Tell me by leaving a comment.

“You want to take it out a little bit more rare than you want to eat it,” LeFevre said of his approach to steak temperatures. LeFevre used Canola Oil, because it won’t smoke or burn like olive oil would at searing temperatures. 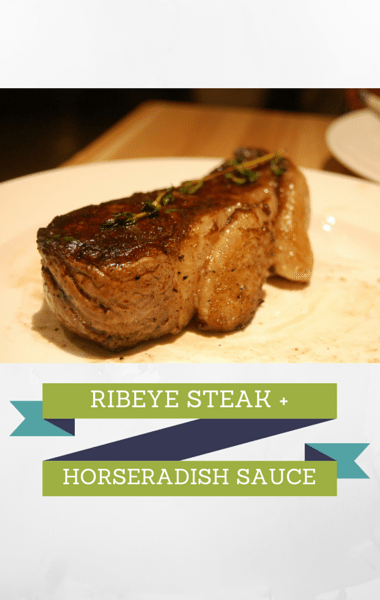 David LeFevre got a cast iron pan sizzling hot to prepare his Ribeye Steak recipe, which he paired with Creamy Horseradish Sauce on The Talk. (stuart_spivack / flickr)