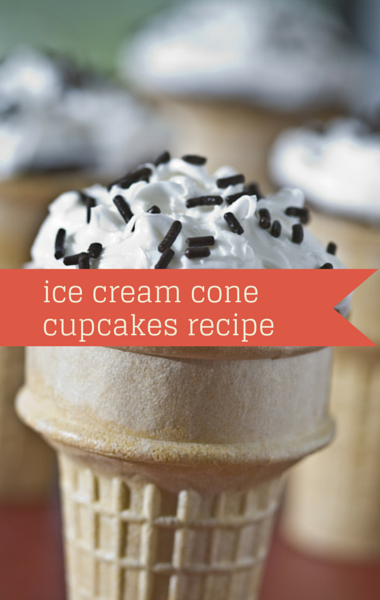 These vanilla cupcakes are baked in ice cream cones. That’s a creative idea! Just make sure not to overfill the cones with batter before baking.