Home > Small Plates > Snacks
When you buy through our links, we may earn an affiliate commission. As an Amazon Associate we earn from qualifying purchases. Learn more.

Anne Burrell has a busy summer 2016 ahead of her! She’s opening a new restaurant in Brooklyn, New York and will be working with Rachael Ray on two different Worst Cooks series on the Food Network! In the meantime, she joined Rachael to share a couple of her go-to summer recipes, including her Super Simple Guacamole! The part of this recipe that takes the longest is the chopping of the ingredients, because once you’ve done all that you can dump them all together and mash! Her “super-secret flavor weapon for this recipe is Sambal Oelek which adds both heat and flavor to her guacamole, but you can leave it out if you’d prefer less heat. 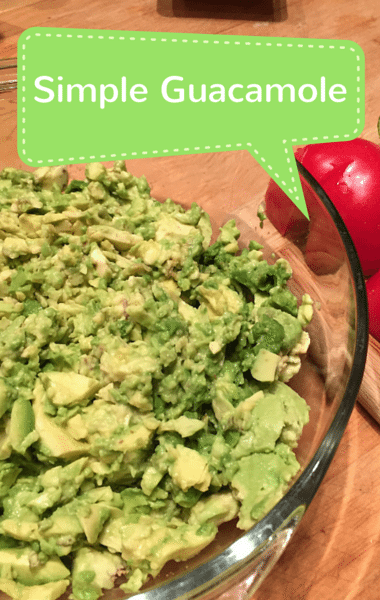 Anne Burrell’s Guacamole recipe is super easy to put together, but it’s her secret ingredient that really kicks it up a notch! (neeta_lind / Flickr)