Ryan Scott joined Rachael Ray in the kitchen to take on the challenge of making five Thanksgiving side dishes in just one hour. He began by explaining that when he thought about doing a green bean casserole, he knew he wanted to show how you can make it easier. Instead of using green beans in his recipe, he decided to make it using asparagus. It tastes pretty much the same, has the same texture, but yet is so much easier!

To find out how to make this twist on a typical Thanksgiving dish, click next page. 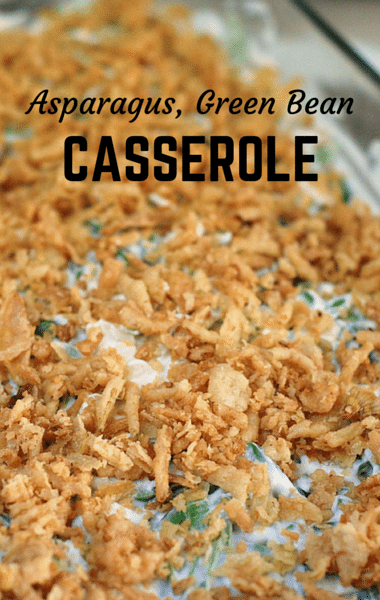 Green bean casserole is a Thanksgiving staple, but Ryan Scott wanted to put a little twist on it and make it with asparagus instead. (lotheringtons / Flickr)