After Buddy Valastro shared his recipe for Basil Egg Strata with Rachael Ray, his wife Lisa wanted to share a lighter brunch recipe. She prepared a fresh winter salad, putting together a Baby Spinach and Marinated Artichoke Salad with a delicious vinaigrette. For this recipe, you have the option of adding tuna to make it a complete meal, or you can leave out the tuna and serve it as a side dish. 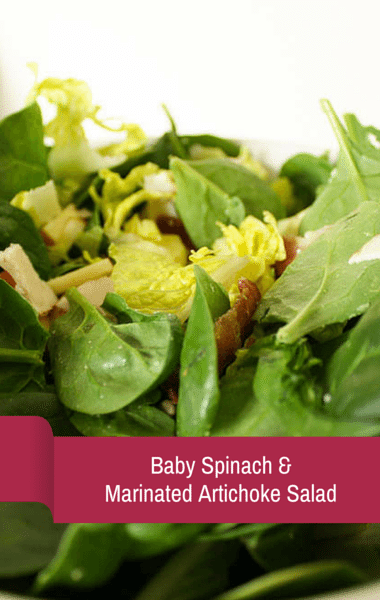