Rachael Ray reinvented spaghetti with some fun additions, including ingredients that help make her BLC Spaghetti even better for you. Once you taste it, you might change up family pasta night forever. Rachael suggested that it has even edged out carbonara as her husband’s favorite dish: BLC Spaghetti. That stands for Bacon, Leek, and Chard. 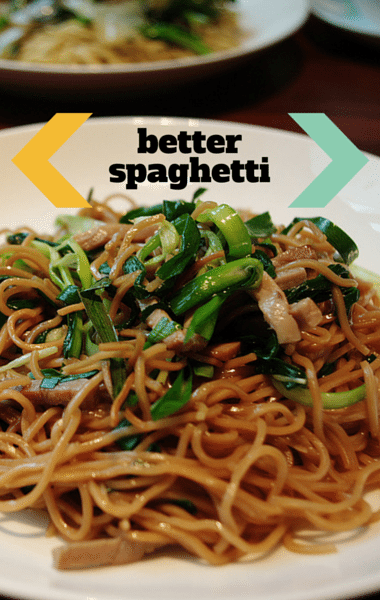 Rachael Ray shared her new favorite way to make a kitchen classic. Find out why your taste buds will take note of her Bacon, Leek & Chard Spaghetti recipe. (mokeneco / flickr)

Rachael chose Farro, but you could use any whole wheat spaghetti to get the job done. Farro has a nutty flavor and is high in protein and fiber, so those are all good things. She noted that Farro takes longer to cook than some other types of pasta, so consider that during your meal prep.