Marcela Valladolid joined Rachael Ray explaining that her mom is lactose intolerant, which is why she became the spokesperson for LACTAID. Rachael was inspired to help those with food intolerance and allergies, so she teamed up with Marcela to create a breakfast smoothie that anyone can enjoy, including those with lactose intolerance. She shared a recipe for a simple Baked French Toast with an Orange Syrup that everyone will love! Because the French Toast is made with LACTAID, it won’t upset your stomach or cause uncomfortable symptoms if you have issues with dairy.

You can easily make this recipe at home. Click next page to get the recipe! 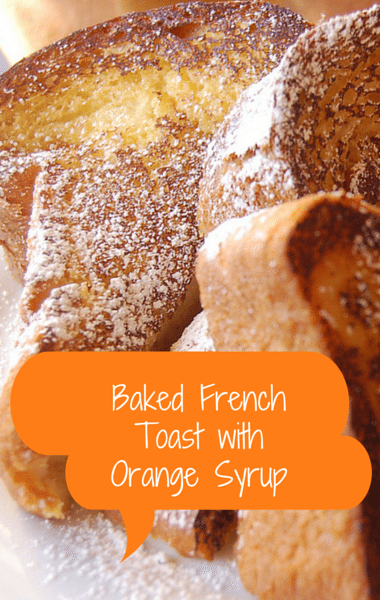 If you have a dairy intolerance, you can still enjoy this Baked French Toast with Orange Syrup, thanks to LACTAID! (bokchoi-snowpea / Flickr)

For the Orange Syrup: