Have you seen those fast food burger commercials with sandwiches so tall you can’t even bite into them? That’s what Rachael Ray decided to make today with her Big Smacker Daym Drops Burger.

Rachael made a modified version of Thousand Island dressing as the special sauce for her burger, using a sour cream base instead of mayonnaise. Rachael said grating onion over the burger meat will add juices to give the patties even more flavor.

“It’s a double-decker burger, so you want to make these patties nice and thin,” Rachael said. Remember to make them thicker at the edges and thinner at the centers. Kosher salt will help give the meat a great crust. 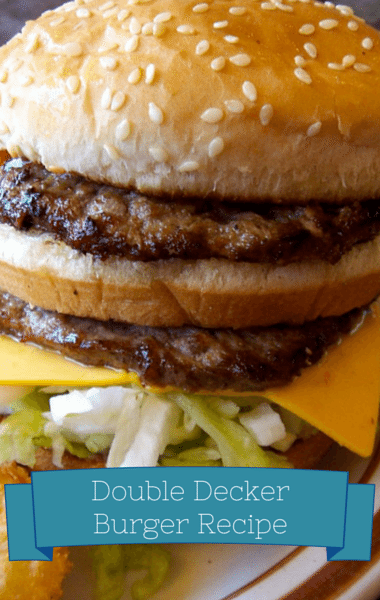 Rachael Ray custom made a special burger that is almost too tall to eat. Examine each layer of her Big Smacker Daym Drops Burger Recipe. (jesswebb / flickr)