For Rachael Ray and Bob Harper, a good cup of morning coffee sets the tone for the entire day. They each can’t even begin their days without it! Because Bob works out in the morning, but doesn’t like to eat breakfast before he heads to the gym, he actually makes a special cup of coffee. He explained that he gets his fat that he then uses as fuel for his workout, in his coffee. He uses fat as a fuel source, instead of carbs. Bob claimed that if you “jump on this bandwagon” your body will begin burning fat like crazy!

He uses strong coffee, coconut oil, ghee (clarified butter), and cinnamon, and drinks it every single morning! It’s important to use a blender to combine the ingredients well enough, and it’s also important to use this cup of coffee as a breakfast replacement before a workout, and not on top of whatever else you’re eating! To see how to make your own version, click next page. 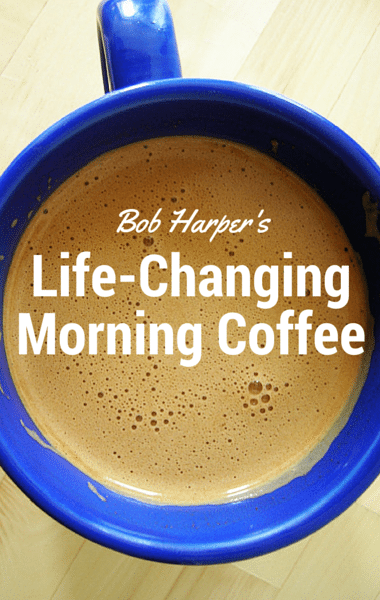