The Biggest Loser trainer and fitness expert Bob Harper was back in Rachael Ray’s kitchen to make a healthy recipe for Mushroom-Farro Soup with Kale.

Rachael also used the rind from some Parmigiano-Reggiano Cheese to help flavor the soup. She swears by this technique, and it sounds to me like a great reason to get a little rind when you are buying a hunk of cheese. 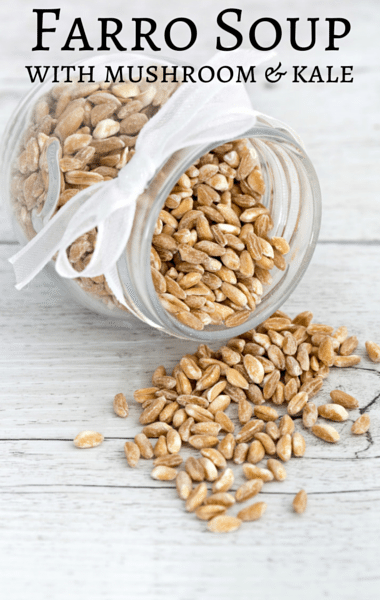 Rachael explained how to prepare Kale when you bring it home. Soak it in the sink. Dry it carefully. Then curl your fingers around it and rip off the stems. The stems can be used for stock or au gratin. But for this soup, all you need is the chopped, ribbony pieces.

Kale will hold up better for slow cooking than spinach. Nutmeg goes well with dark greens as well as dairy recipes. To serve this recipe for multiple meals, make your farro on the side. At brunch, you can serve the soup with a poached egg.