Buddy Valastro and his wife Lisa joined Rachael Ray to share a few of their favorite brunch recipes. He kicked off the segment with his recipe for Basil Egg Strata. In case you’re wondering what the difference between a strata and a frittata is, a strata actually has bread cooked into it, and is typicall prepared in advance so it can have a good amount of time to set. Buddy said to think of it as a bread lasagna! This is a flavorful brunch dish that is great for serving a crowd. 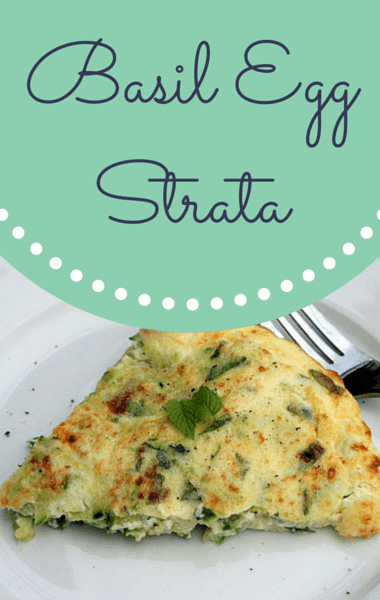