Brownies exist in a unique space on the dessert landscape. They are not quite a cake, but not a pastry. They are also a treat that inspires fierce loyalty among fans. If you have been trying to perfect a recipe, you can give up now and use this one instead. When the Cake Boss, Buddy Valastro, shares his recipe for brownies with Rachael Ray, you know it is going to be good.

The frosting is optional. Do you like your brownies with or without frosting? I’m not a huge fan of overly frosted cakes, but something about a thin, chocolatey layer on top of a brownie really makes my mouth happy.

Buddy said the secret with cooking chocolate is not to overcook it. It can be hard to tell by sight, but he recommended erring on the side of undercooked rather than taking things too far. Wouldn’t you prefer a gooey brownie over a rock solid one? 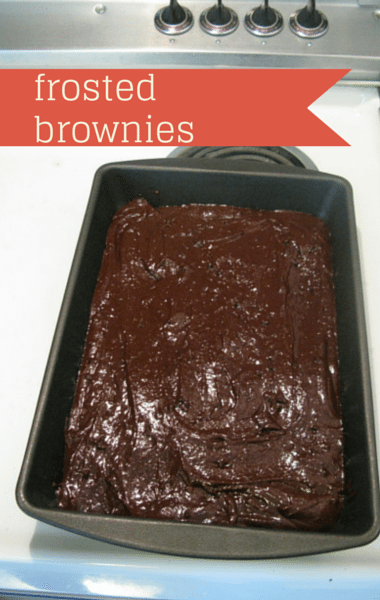 The Cake Boss, Buddy Valastro, showed Rachael Ray how to make his simple, classic Brownies recipe. Do you like your brownies with or without frosting? (dailylifeofmojo / flickr)