Preheating the oven on high with a pizza stone in place will help to streamline the cooking process. Placing the rack in an upper position (instead of toward the bottom of the oven) will prevent the crust from burning faster than the rest of the pizza can cook. This is great advice! What’s your favorite secret for making the perfect pizza? 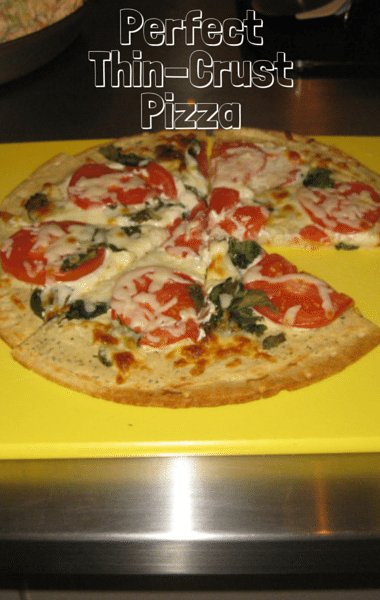