Curtis Stone took over the Rachael Ray kitchen with his recipe for a Breakfast Bagel Sandwich. For a meal more fit for dinner, try his Potato and Zucchini Enchiladas.

The protein here comes from fried deli meats, and Rachael said that this would be a great way to use up some leftovers that are lingering in the fridge. The bagels are toasted in the fat from the meats. 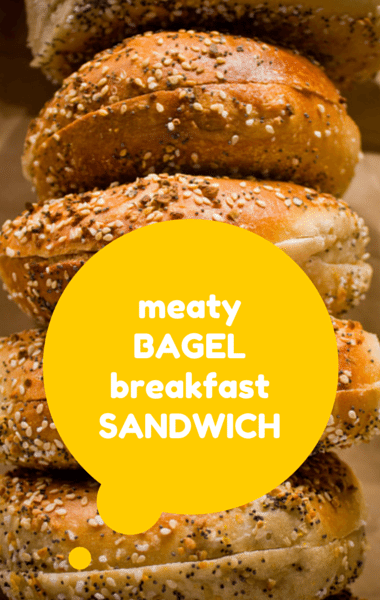 Curtis Stone cleaned out the fridge and brought deli meats back to life in a leftovers-inspired recipe for a better Breakfast Bagel Sandwich on Rachael Ray. (wwworks / flickr)

Curtis used olive oil and grapeseed oil in his aioli, for a more neutral flavor. Of course, you can skip making your own aioli if you’re in a hurry and simply substitute mayonnaise. Regardless of the path you choose, adding Sriracha will make it a rewardingly spicy experience. Do you prefer to make your own sauces or take shortcuts?