Curtis Stone made a fresh Habanero Salsa to go along with his vegetarian meal idea for Potato and Zucchini Enchiladas on Rachael Ray. For an idea from Curtis to start off your day, try his Breakfast Bagel Sandwich. Though I love a hearty, meaty Mexican food dish, this sounds like a great alternative option.

You won’t need much (if any) pepper for this dish, because the heat and spice are coming from a variety of peppers. Don’t forget to drop your cilantro stems into the salsa mix when you have the blender going. Cilantro is a divider, not a uniter. Leave me a comment and tell me whether you love or hate cilantro. 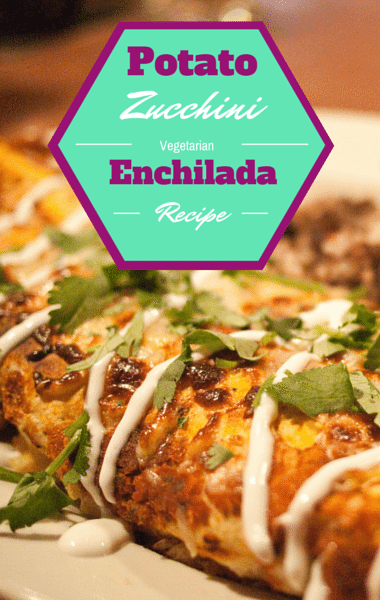 Curtis Stone knows how to make vegetarians happy and he shared a great recipe with Rachael Ray for his Potato and Zucchini Enchiladas with Habanero Salsa. (edsel_ / flickr)