Curtis Stone hung out with Rachael Ray and they made a recipe for his Favorite Potato Salad. “It’s the simple things in life that become our favorites,” Rachael said of this picnic staple. 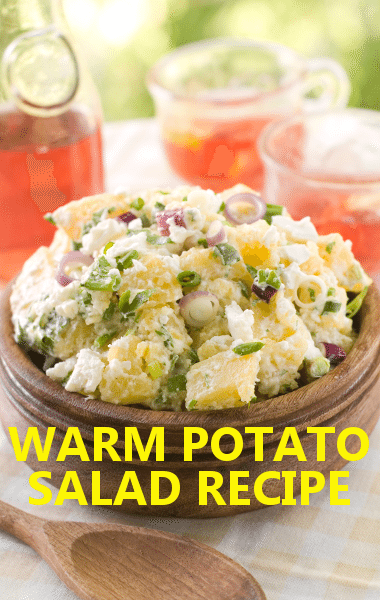 Dressing potatoes while they’re warm will help them suck in that flavor and deliver better bites, because in this case, the broth be absorbed by the starch. As for the recommendation to serve this warm, I think that’s a matter of personal preference. I’m not a huge fan of warm potato salad, but I do love it cold. How would you prefer to enjoy it?