Emeril Lagasse surprised Rachael Ray on her Friends-Giving episode, bringing with him a recipe for Wild Mushroom Bread Pudding. He explained that so many people will think he’s crazy for making a savory bread pudding, rather than a sweet one, but believe him when he says that this recipe is truly delicious! This is a unique way to add a little variety to your Thanksgiving table.

To get the recipe for Wild Mushroom Bread Pudding, click next page. 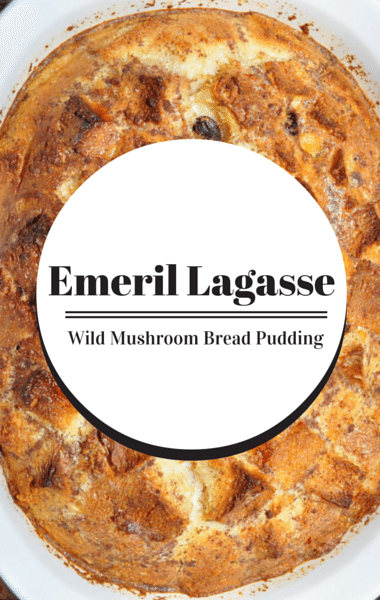 Emeril Lagasse surprised Rachael on her Friends-giving episode, bringing his Wild Mushroom Bread Pudding with him to share. (jeffreyww / Flickr)