Kelsey Nixon visited Rachael Ray to share different ways to make Quinoa a powerhouse in your kitchen, including as part of a simple Lemon Chicken Quinoa Soup. You could also try her Pork and Apple Meatballs or Banana Chocolate Chip Cookies.

Soup is a great go-to meal, especially if you are cooking with the intention of making leftovers. “I love a little bit of fresh lemon and some lemon zest,” Kelsey said. Rachael agreed that adding citrus to chicken soup is a great idea. 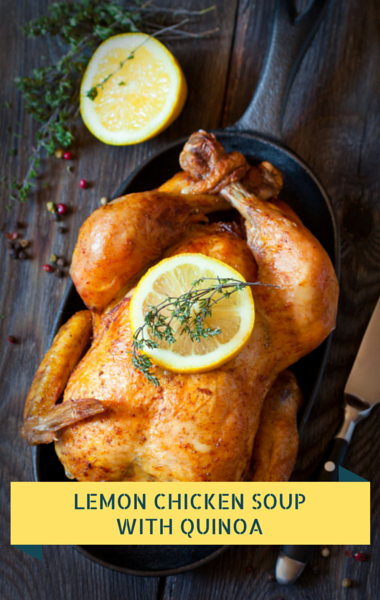 Kelsey Nixon showed how you can make a tasty Lemon Chicken Quinoa Soup for dinner using a rotisserie chicken and served over protein-packed Quinoa. (Lidante / Shutterstock.com)

Rather than mixing the quinoa into the soup, Kelsey serves the soup over the quinoa. “Then it maintains that great consistency,” she said.

Rachael said this is similar to what you would do with rice or some pastas. “You know that that’s good and good for you,” Rachael said of the finished product.