Rachael Ray has been working on a cookbook with inclusive recipes for all kinds of diets and dietary needs. Perhaps the best thing about each one of her new recipes, is that they’re good enough to be enjoyed by anyone, whether they have specific dietary needs or not! For her October 10 show, Rachael prepared a delightful Lentil and Beet Soup that she admitted has been a recent favorite of her whole family’s. Even her husband, who’s favorite food is pork, enjoyed this soup enough to ask for more! If you’re a meat and potatoes kind of person, don’t let the word vegan scare you away. Rachael described it more as a “stewp” because it’s thicker like a stew. This healthy and hearty recipe is the perfect way to warm up this fall! 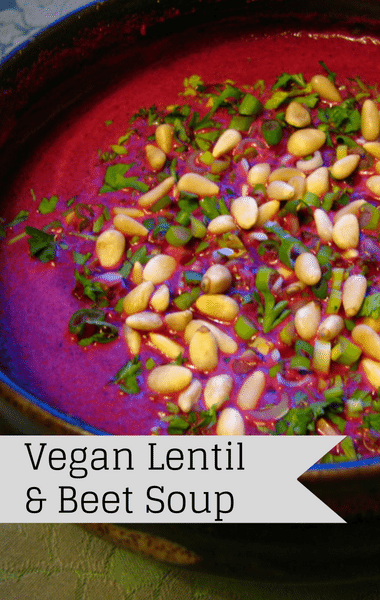 Rachael Ray prepared her Lentil and Beet Soup, a vegan yet surprisingly hearty and comforting recipe the whole family will love! (phoenixwolfray / Flickr)