Lindsey Vonn is undeniably one talented and beautiful woman. The towering blonde joined Rachael Ray to talk about her latest book “Strong is the New Beautiful” and opened up about changing her mindset when it came to her body. Instead of worrying about the number on the scale, she became focused on how strong she was and well she performed as an athlete. I’d say all that hard work certainly paid off for the Olympic champion! She was kind enough to show viewers how to put together her go-to breakfast: an egg and vegetable Scramble! Lindsey likes to put this recipe together and chow down with whole-grain toast almond butter on the side. 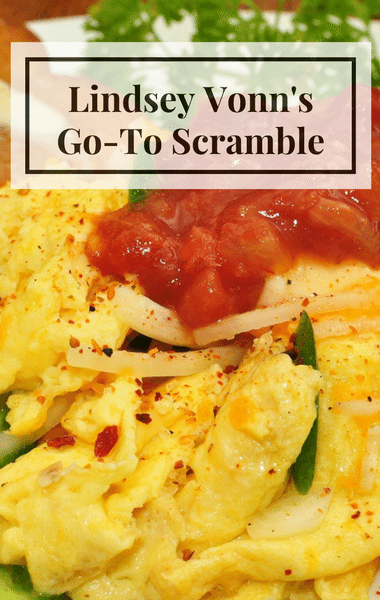