You may be surprised to find out just how refreshing a chilled soup can be. If you’ve never had a cold soup, a gazpacho is a great recipe to start with. Rachael Ray shared a recipe for Macho Gazpacho, and paired it with her flavorful Margarita Shrimp. Grilled shrimp is practically a warm-weather staple, and after you spend time sweating over the grill, you can cool down with a bowl of Rachael’s chilled, delicious Gazpacho. You can make Rachael’s version of the recipe as chunky or smooth as you’d like and either enjoy the shrimp on the side or dunk them into the soup! You truly can’t go wrong with these tasty ingredients! 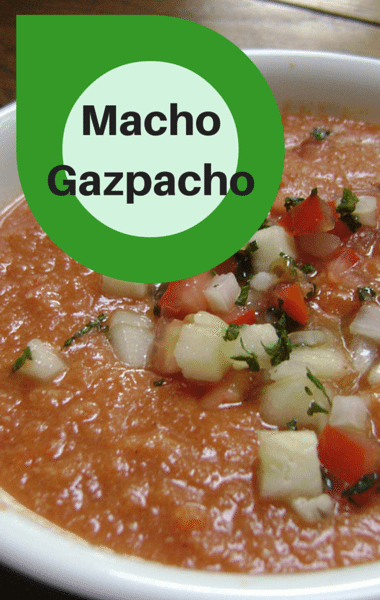 Rachael Ray shared a quick and easy recipe for Macho Gazpacho with Margarita Shrimp, which makes for a perfect summertime dinner lunch or dinner. (tomatoesandfriends / Flickr)

For the Margarita Shrimp: