Melissa d’Arabian was back in Rachael Ray’s kitchen to show all the ways you can use Lactaid products as milk substitutes when you cook. Basically, you should be able to use it in any recipe that calls for milk. Check out more of Melissa’s Lactaid recipes, or keep reading for her Blueberry-Speckled Pancakes. 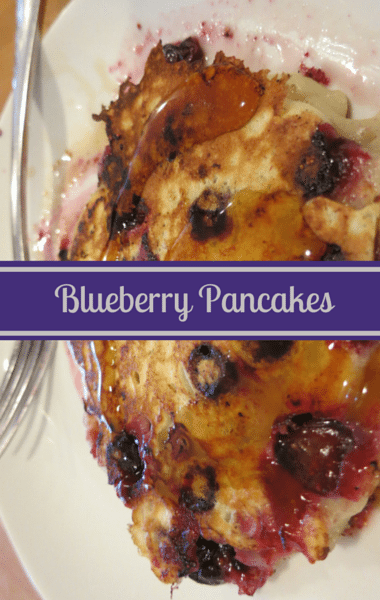 Melissa d’Arabian used Lactaid as a milk replacement when she made a recipe for fresh and fruity Blueberry-Speckled Pancakes on Rachael Ray. (ruthanddave / flickr)

“My kids love pancakes,” Melissa said as she explained this family-friendly recipe. The hardest step with pancakes is keeping them from burning, so as long as you watch the griddle and flip them in time, you’ll do a great job.

I think berries are always a good choice as a breakfast ingredient. What’s your favorite fruit when it comes to pancakes? Tell me by leaving a comment on this recipe.