Michael Symon took over Rachael’s kitchen to make side dishes using little ingredients, little time, but a lot of flavor. He shared a healthy recipe for Shaved Brussels Sprouts with Pecorino. This recipe can easily be put together in five minutes or less. If you have very little time to make a side dish for your family get-together, try this fantastic recipe!

To get the recipe for Shaved Brussels Sprouts, click next page. 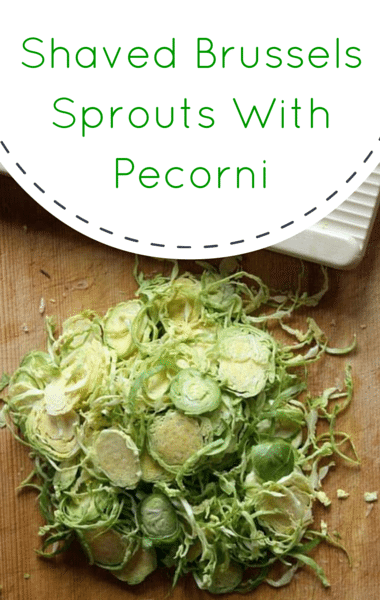 Michael Symon shared a recipe for Shaved Brussels Sprouts with Pecorino, making a side dish recipe that looks fancy but is so easy to put together! (andrea_nguyen / Flickr)