Chef Michael Symon joined Rachael Ray to chit chat and share his incredible recipe for Twice-Fried Chicken. He likes to add cornstarch to his flour to be sure he’s getting an extra-crunchy batter. Rachael explained that you can actually use rice flour for a gluten-free version of the same dish, and still add the cornstarch for crunch! His chicken pieces are breaded and then literally fried twice in lard, so you know this is going to be one incredibly good chicken dinner! He also paired his chicken with Sriracha Honey, which is good enough to make your taste buds explode. 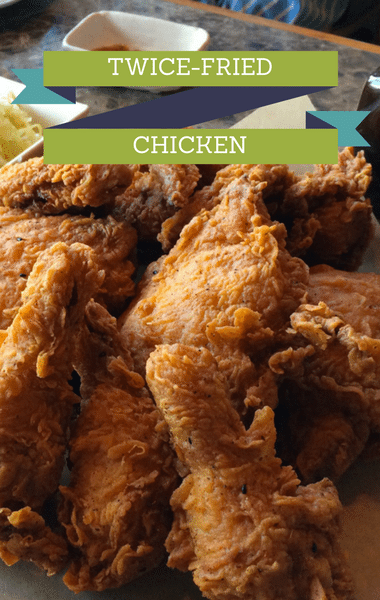 For the Sriracha Honey: