For some people, the most difficult part of Thanksgiving is making the gravy. What is it about making gravy that intimidates so many people? Is it finding the right combination to start with? Or is it concern over lack of flavoring? It has to take a lot of work to finally get the right consistency and flavor right? Wrong! Rachael had a recipe for gravy that was so easy, she bravely called it “no-fail!”

To get the recipe for this fail-proof gravy, click next page. 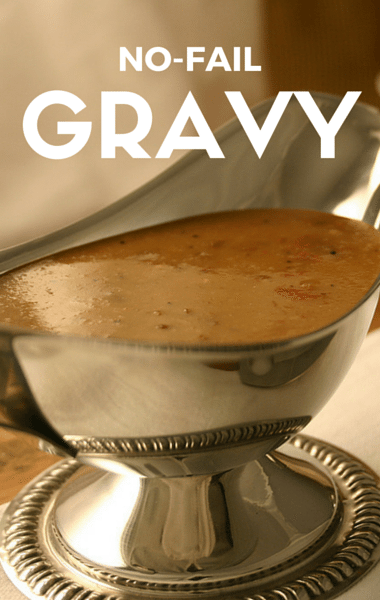