Jeff Mauro joned Rachael Ray for her Friends-Giving episode, bringing a recipe for Roasted Broccoli with Asiago and Pine Nuts with him. But then he stepped into the kitchen to make his “soon-to-be-famous” Pecan Praline Thrice Baked Sweet Potatoes. It may sound like a time-consuming dish, but he sped up the process by microwaving the potatoes ahead of time to get the first cooking over with.

To get the recipe for these delicious sweet potatoes, click next page. 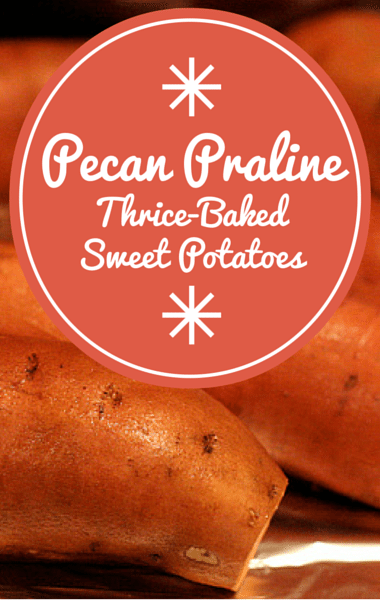 Jeff Mauro shared his recipe for thrice-baked sweet potatoes, which is a recipe that almost sounds as good as it tastes. (maggiejane / Flickr)

For the Maple Chili Butter:

For the Sweet Potatoes: