Miss Robbie Montgomery and Tim Norman from the Oprah Winfrey Network series Welcome To Sweetie Pie’s visited Rachael Ray with a recipe from their St. Louis-based chain of soul food restaurants. Check out the Sweetie Pie’s recipe for Mac & Cheese.

Evaporated Milk helps to thicken the texture of this recipe. Then you have so many types of cheese that you won’t know what to do with yourself. But it wasn’t until she saw the sour cream that Rachael declared this recipe to be “rich.” 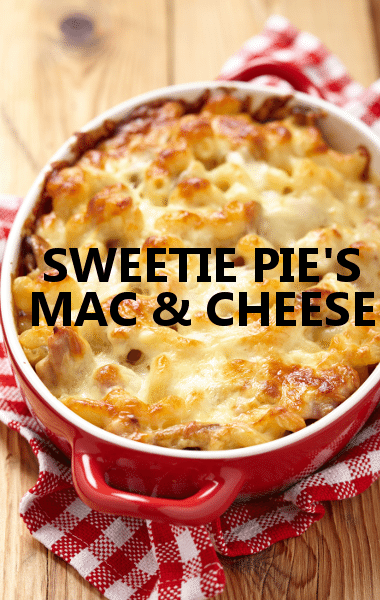 But it’s okay, because Rachael and Miss Robbie agreed that “everything is better with butter.” However, no one could seem to decide whether Miss Robbie or Tim is the better cook. When you make it at home, you won’t have to have that argument.