Rachael Ray invited Siri Pinter into her kitchen with a One-Pot Chicken Alfredo Recipe for dinner. Do you need another one-pot idea? Rachael also made a Roasted Vegetable Stew.

Cut the chicken into bite-size pieces for more even cooking. Siri Pinter was surprised that you can add uncooked pasta to a recipe like this, but Rachael said it is actually a tradition in some Italian recipes. 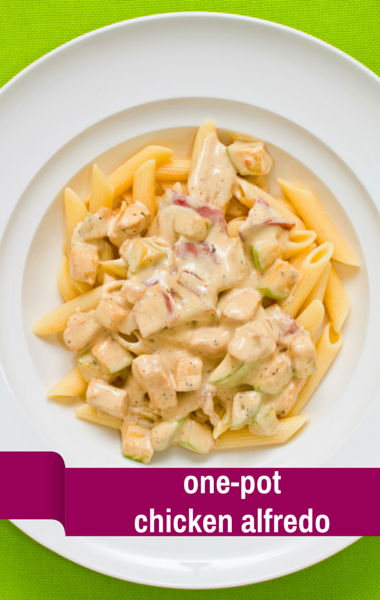 Food blogger Siri Pinter teamed up with Rachael Ray to make a simple and satisfying meal. Get the recipe for their One-Pot Chicken Alfredo. (images.etc / Shutterstock.com)

I love anything like this that you can basically put together and let cook itself. Finely grating the cheese is the way to go, the ladies agreed.

Rachael also praised Siri’s blog for encouraging people to make something delicious in the kitchen on a regular basis, not just for holidays or special occasions.

Pinter, the fiancee of TV host Carson Daly, is also a mother of three. She met Daly when they worked together years ago. Her food blog is called Siriously Delicious. I wonder if Daly gets to taste test all the recipes and kitchen experiments.