Chef David LeFevre, owner of California’s M.B. Post and Fishing with Dynamite, visited The Talk with a delicious brunch idea for Ricotta Stuffed Cinnamon French Toast. You can wash this down with the Pushing Daisies Cocktail.

David also recommended preparing bacon in the oven at 350 F, because it cooks evenly and you don’t have to watch it as carefully. Then sprinkle it with brown sugar before serving it.

David used cinnamon bread, but you can use anything you like. Consider substituting mascarpone or cream cheese instead of ricotta for a fun variation. Though pears were used here, you can customize this recipe to use whatever fruit is in season throughout the year. 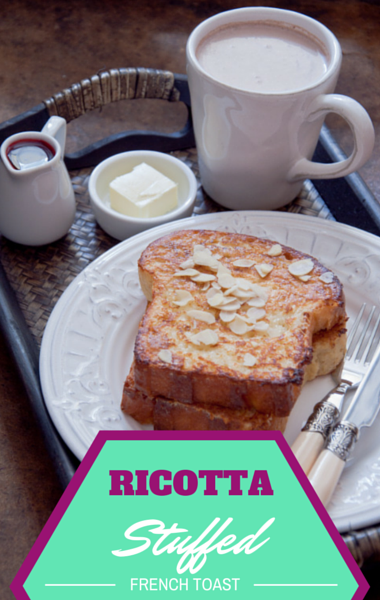