As part of the most perfect Thanksgiving feast, the co-hosts of The Chew shared their recipe for delicious Bagel Stuffing. If you’ve just been making stuffing with regular bread, you need to give this recipe a try. You’d be surprised by how much of a difference using bagels makes! It changes the entire recipe, for the better!

To get the recipe for this unique Bagel Stuffing, click next page. 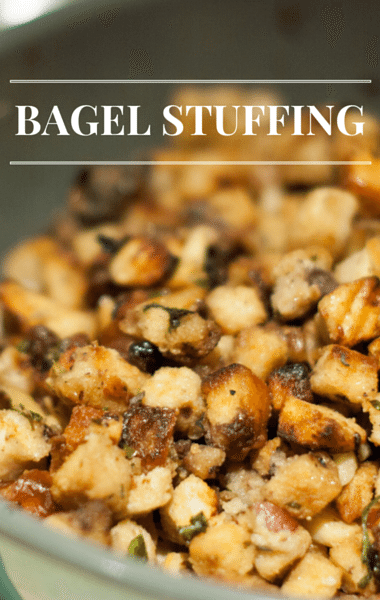 The co-hosts of The Chew prepared a recipe for stuffing using leftover bagels! (miss_yasmina / Flickr)

For the Bagel Stuffing: