Kelly Obsourne joined the show and joked that she blames her mom for still being single, because she never learned how to cook, and the way to a man’s heart is through his stomach. Because Kelly’s from England, she said the idea of Thanksgiving always confused her, because in England, they do it every week, called the Sunday Roast. She couldn’t quite grasp the fact that we only give thanks once a year.

Mario explained that he and Kelly would be making a New Orleans style stuffing using “the trinity” which was celery, onions, and peppers, which is used in practically every dish. They then put together a delicious Cornbread Stuffing with Jalapeno and Andouille. To get the recipe, click next page. 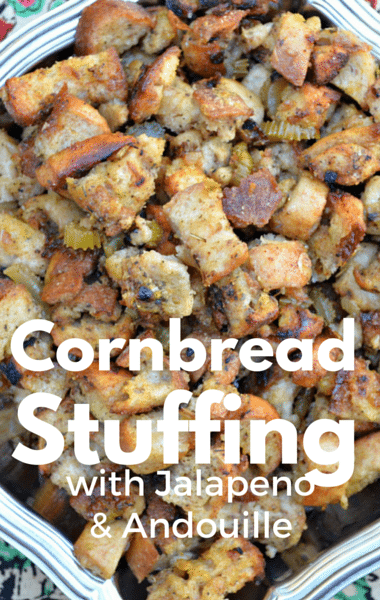 Mario Batali was in the kitchen with Kelly Osbourne, sharing a recipe for Cornbread Stuffing with Jalapeno and Andouille. (sbogdanich / Flickr)