While Carla Hall was making her Pan Seared Turkey and Mario Batali was making Sweet and Spicy Butternut Squash, Michael Symon chimed in with a Thanksgiving recipe of his own. Instead of traditional green bean casserole, he shared a recipe for Green Bean Poutine, using homemade mushroom sauce. These certainly aren’t “disco fries” like poutine normally is, but this healthier version is just as tasty and much easier on your waistline!

To get the recipe for Michael’s Green Bean Poutine, click next page. 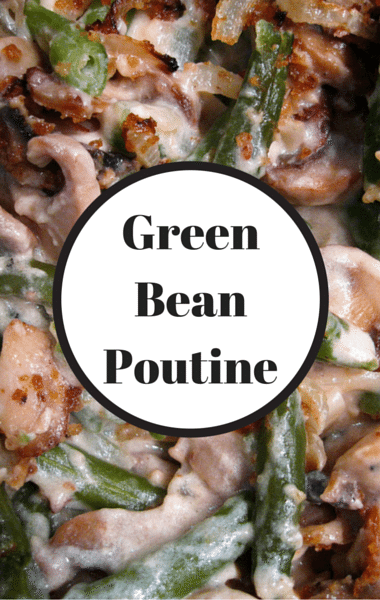 Michael Symon’s Green Bean Poutine recipe is much better than you traditional green bean casserole, and pretty easy to make too! (artbystevejohnson / Flickr)

For the Mushroom Gravy: