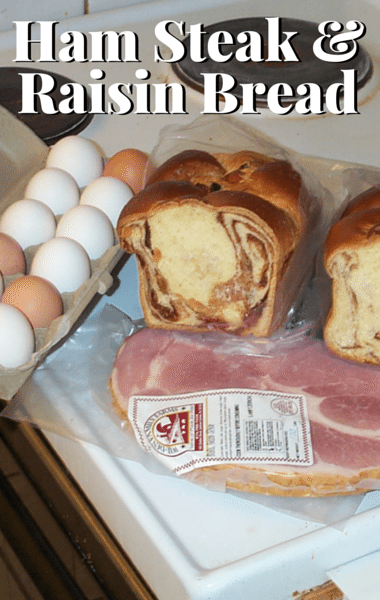 The ease with which he threw these ingredients together really shows how fun and simple it can be to cook a delicious, gourmet breakfast without much stretching of the imagination. If you don’t have raisin bread or ham steaks, substitute the meats and bread you do have. Have fun with it and enjoy!

Check out my attempt to reproduce this recipe below!